“Fedoraman”, a side scrolling action game

During the third week we decided to make a side-scroller that took a satirical approach to the current day nerd culture.  The key elements in the game we wanted: a neckbearded man with a fedora, some Doritos and Mountain Dew, and an Asian-styled city landscape.  We wanted to create a module-style procedurally generated infinite level for it, too. So, we made the code place new modules in front of the current prefab module. This made the game have no end by seamlessly stitching together the prefabs. As the game speeds up over time, it gets slightly harder the longer you survive.

We had a simple health mechanic where you would take damage from the enemies’ katana hits and flying Doritos, but you could replenish your health by drinking the Mountain Dew that you could pick up while running.  The Mountain Dew would also work as grenades, giving you the option to either drink it or use it as a weapon, depending on the situation. The Doritos would be picked up from conveniently placed Dorito bags. Additionally, you could find and wear more fedoras.  You would start with one fedora that you could use to hit enemies with, but the fedoras you picked up could be tossed. The fedoras were special as you could stack them on infinitely while Doritos and Mountain Dews would replace each other as you picked them up.  The fedora hats ended up as a sort of super weapon, as they would cut through everything if thrown.

During the last day of development we had a slight mishap due to the lack of version control, and ended up lost a day’s work on scripts. That led to an inability to implement all the things we had planned, and also created some unforeseen bugs.  However, in the end we got a game that worked – and was fun to play. The 7 different prefabs proved to be enough variety, so the game didn’t seem too repetitive.  For a 4-day game we had accomplished what we wanted. 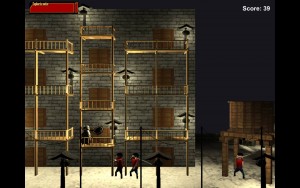 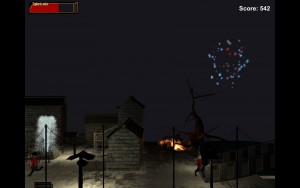 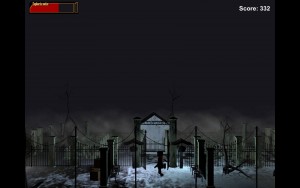